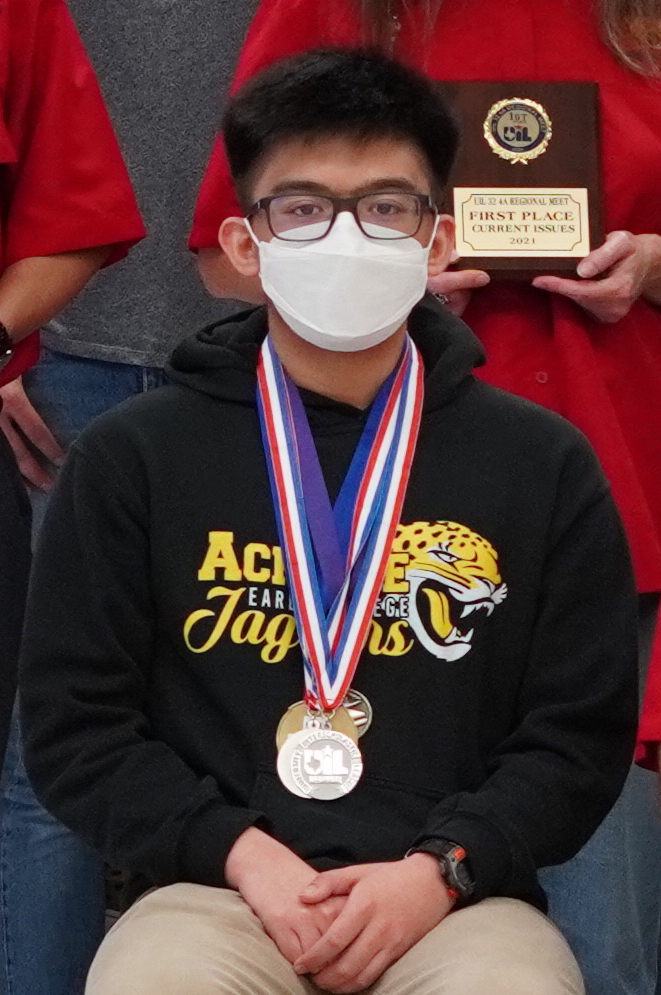 The senior took fourth at the Conference 4A State Championship in the UIL Math competition. He qualified for state by taking second place at the Regional Championships.

As a state qualifier, he is now a member of an elite group of students that are eligible to apply for some scholarship grant monies from the Texas Interscholastic League Foundation (TILF).

He and his math teammates junior Cameron Williams, sophomore Molly Cruz and freshman Jonathan Garcia also emerged as team runner up at the Regional competition.

As a sophomore, Velasquez became Conference 6A District 32 champion in math. He went on to place eighth at Regionals. He is the first Achieve ECHS student to be named a National Merit Scholar and is also the valedictorian of this year’s senior class.