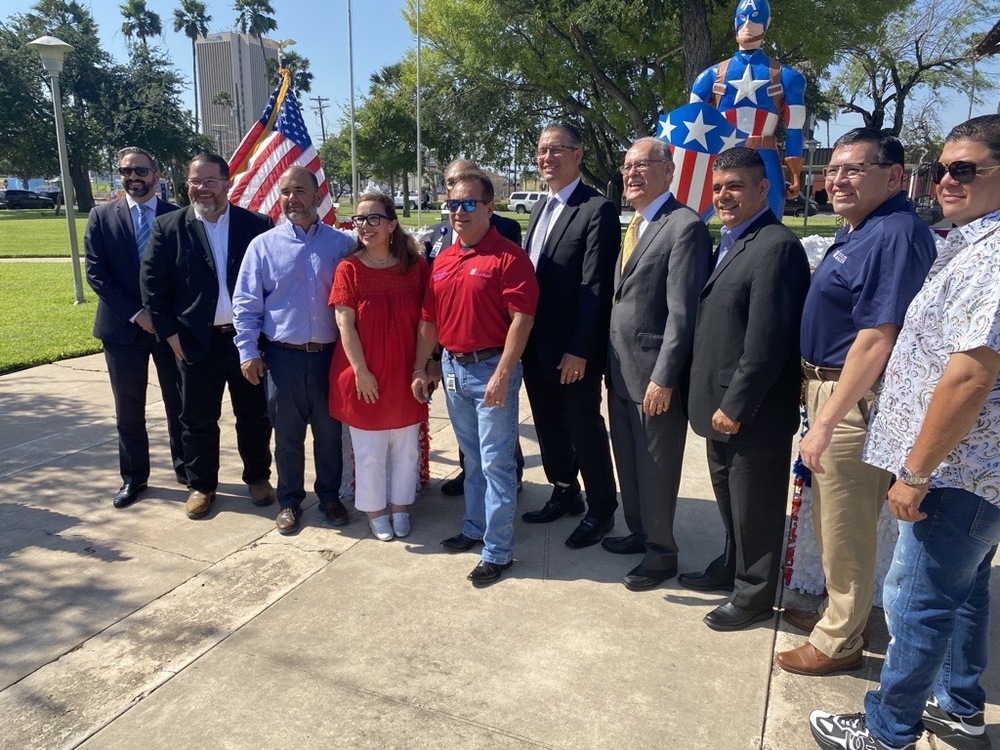 The City of McAllen is preparing for this year’s McAllen Independence Day Celebration, presented by H-E-B and is inviting the community to take part in all of the patriotic festivities.  The 94th Annual Independence Day Celebration will take place Monday, July 4, with an early morning patriotic program, immediately followed by the Main Street Parade and then the Freedom Festival, a family-friendly festival held at Archer Park.  Music, food and games will highlight the events.

"H-E-B is proud to be the presenting sponsor of this year’s Annual Independence Day Celebration,” Linda Tovar, H-E-B Senior Manager of Public Affairs, said.  “We are honored to celebrate this Fourth of July with the City of McAllen, and to pay tribute to the many men and women of our military.”

City of McAllen officials also announced details for this year’s celebration, including revealing that the Grand Marshal for this year’s Main Street Parade will be the  McAllen ISD Board of Trustees and Superintendent.

“This group of individuals understands what it means to invest in the future” McAllen City Manager Roel “Roy” Rodriguez, P.E., said.  “As leaders in education, our McAllen Independent School District continues to show the region and the state, that McAllen is about the people. After recently being awarded the 2022 H-E-B Excellence in Education Award for the Best Large School District, we know education in McAllen is in good hands.”

“What a wonderful honor it is," Dr. Gonzalez said. "This partnership with the City of McAllen creates a strength that’s unmatched. We know that when we have this bond and this synergy … that we’re unstoppable.” 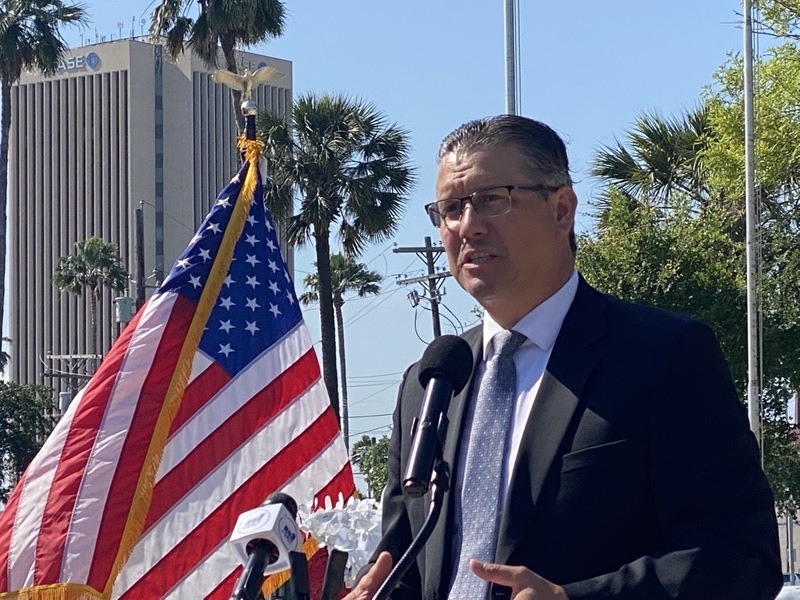 For any  group or organization wishing to be a part of the Main Street Parade, which kicks off at 9 am that morning, the City of McAllen Parks & Recreation Department is currently accepting entries for this year’s festivities. Businesses, civic and youth groups, nonprofit organizations, and especially, veterans and veterans’ groups are invited to participate in the parade and other festivities.

All entries should feature a patriotic theme. Entries should fit into one of the following categories: antique vehicles; marching/walking; color guard; vehicle club; float; horses; band; or pageant.  For more guidelines and information, please see the entry application. Entries for businesses are $150 and non-profits can enter at no cost as long as a 501 C(3) is provided. The deadline for parade entries is Friday, June 3.

There will be a parade entry meeting with all participants the week before the event.

Additionally, organizers are looking for the sparkliest and most patriotic contestants to compete in the Little Miss 4th of July pageant competition.  This year’s competition will feature four different age categories and for the older girls, an interview and talent portion. The registration fee is $50 and while those competing do not need to live in McAllen, they cannot be holding any other pageant titles.  The deadline is Thursday, June 9 or when category is filled, as there is a cap of contestants in each category.  The Little Miss 4th of July  pageant will be held on Saturday, June 11.

There will also be an Independence Day 4K Run starting at 7 am on July 4. The City of McAllen Parks & Recreation Department has partnered with Team Red White and Blue, a national veterans’ organization whose mission it is to enrich the lives of America’s veterans by connecting them to their community through physical and social activity.  The race, which is just under 2.5 miles, is open to anyone 7 years old and up.  The event will be held at Archer Park, 101 N. Main St., with the race starting and ending at the park.

The registration fee is $30 and the first 300 runners will receive a runner’s shirt and a finisher medal.  All proceeds from the race will benefit the local chapter of Team RWB.

To learn more or to register for the race, visit www.mcallenparks.net.

Other activities scheduled for the day include the Patriotic Program, which will begin at 8 am from Archer Park (101 M. Main St.).  Immediately following is the Main Street Parade which will run along Main Street from Houston Avenue to Beech Avenue.  Attendees can then enjoy the festivities at Freedom Festival at Archer Park from 10 am to 2 pm that will feature classic family fun, music, food and games.  Later, head to Municipal Park (1921 N. Bicentennial Blvd.), starting at 6 pm to 10 pm, where attendees can enjoy food, live music and entertainment.

Starting at 9 pm, the H-E-B Concert in the Sky fireworks extravaganza will go live from Municipal Park; listen to the fireworks set to patriotic music by tuning in to KURV 710-AM. The McAllen Independence Day Celebration is presented by H-E-B.  Other sponsors include Clark Chevrolet; Reliant; Lack’s; Chick-fil-A Nolana; Santa Fe/Republic of the Rio Grande Restaurants; and the U.S. Army.