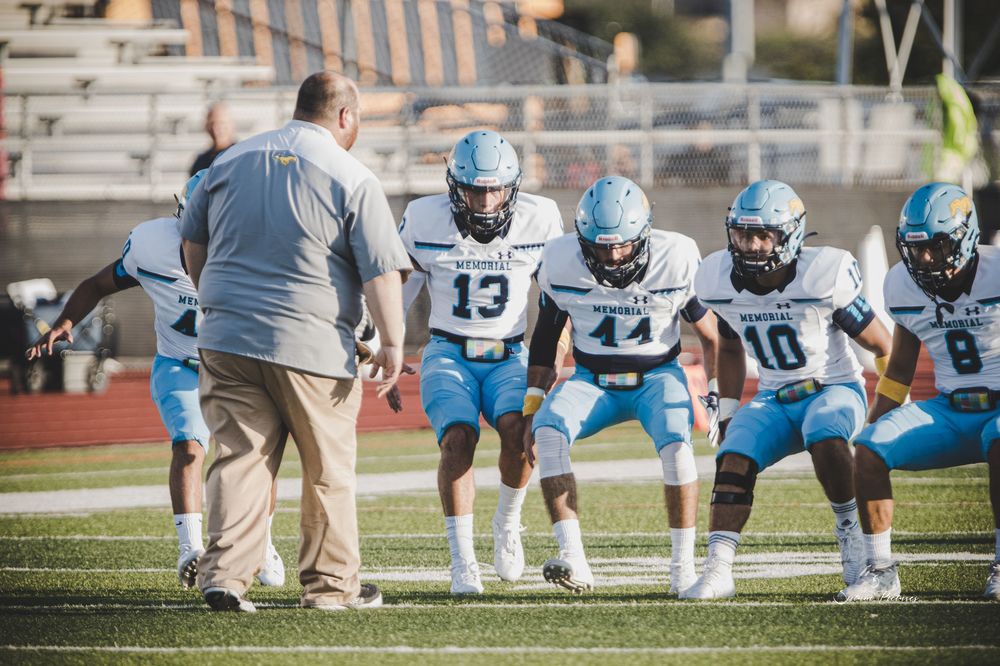 Patterson has served as the Mustangs’ Defensive Coordinator since 2013 and has been part of the coaching staff since 2010. He has 20 years of coaching experience.

Patterson will also serve as the Interim Athletic Coordinator for Memorial, overseeing all sports programs.

He is taking the reins of the Mustang off-season program following the retirement of Bill Littleton. Littleton, who announced his retirement earlier this month, stepped down after nearly two decades as the Mustangs’ head coach.

Under Littleton, the Mustangs went 128-71, winning nine district titles and making the playoffs 14 times in 18 seasons. He was inducted into the Rio Grande Valley Sports Hall of Fame Saturday.