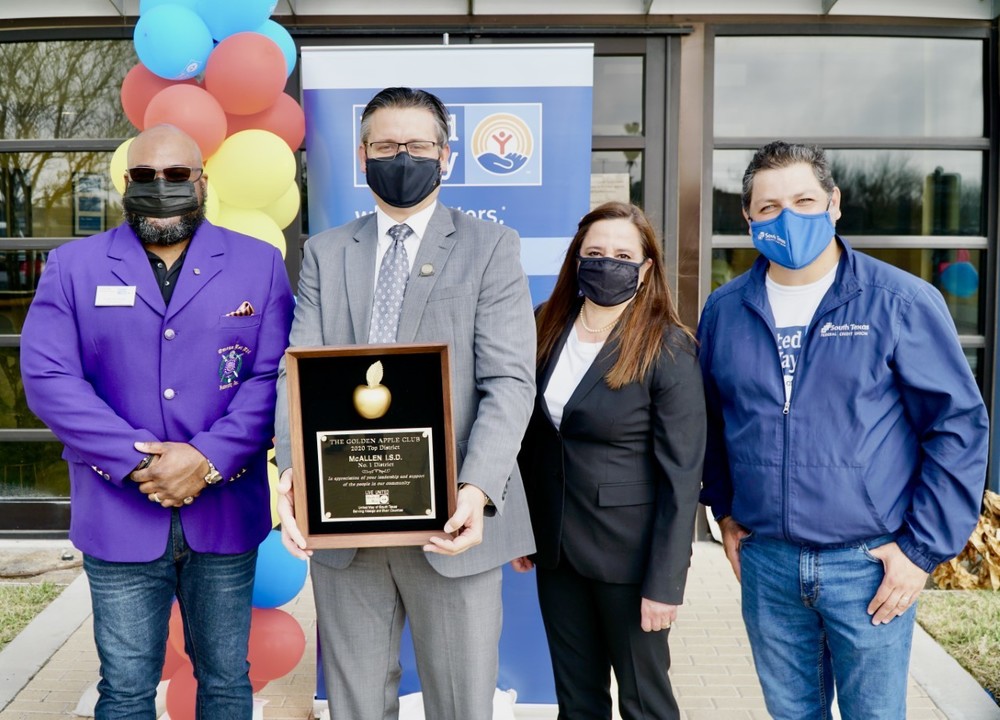 McAllen ISD has not only won this award three straight years but has always been recognized as a top five supporter. The Golden Apple awards program began about 20 years ago. The United Way of South Texas oversees many programs which benefit youth and their families in Hidalgo and Starr County.

McAllen ISD’s staff has worked hard for their community and is very giving in all areas. During the COVID-19 restrictions, for instance, McAllen ISD food service staff worked with transportation to arrange for Meals on Wheels routes and curbside pickup locations so children would not miss meals. Since March 2020, staff have prepared and served more than 4.3 million meals.

McAllen ISD nurses and staff have participated in COVID-19 vaccines in multiple clinics. McAllen ISD has served as a co-provider for these clinics.

Also for the third straight year, McAllen ISD’s Gonzalez Elementary was recognized as Highest Per Capita Campus. Gonzalez finished first in a region comprised of 16 school districts in Hidalgo and Starr counties and even beat out many middle schools and high schools which have significantly larger staffs.

United Way of South Texas is planning a virtual-recognition event which will premier online on Thursday, March 11.

United Way saves the community thousands of dollars by consolidating fund raising efforts, providing a clear form of accountability, and investing in a diverse group of local non-profits, according to its website.