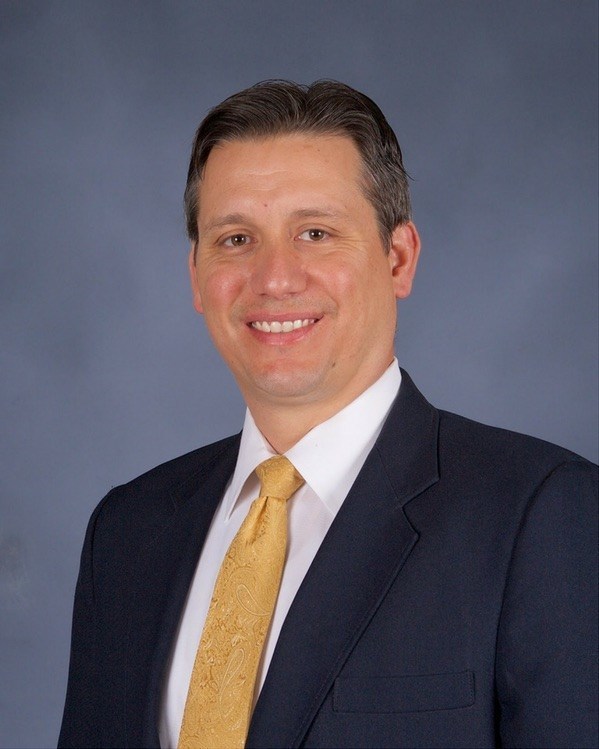 A combination of leadership, foresight and determination has catapulted McAllen ISD’s Superintendent Dr. J.A. Gonzalez to the top spot in Texas.

Dr. Gonzalez was named Texas Superintendent of the Year today, Oct. 1, by the Texas Association of School Boards (TASB) in a virtual announcement during the annual TASA/TASB convention. He is the first winner ever from McAllen ISD.

In his acceptance speech, Dr. Gonzalez began by thanking his wife and children.

“I’d also like to thank the TASB selection committee for seeing something special in McAllen ISD and I,” he said. “And to all the superintendents that were selected from their region, I looked at your bios and I looked at all the work that you all have done … and I am so honored and I am so grateful to be a part of this wonderful group in 2020 of outstanding superintendents. To my colleagues in Region One and all the superintendents, thank you for all the well wishes. I’m very proud of my colleagues and all the work that they do. To the McAllen ISD Board of Trustees, thank you so very much for believing in me. Thank you for holding me to a high standard, for holding me accountable and for all the oversight and direction that you provide myself and the district as we continue to thrive in this environment. Each one of you motivates me in a unique way and I thank you all for that.”

“This award would not be possible without the entire McAllen ISD family from the Executive Leadership Team to the principals and directors, coordinators, everybody, all 3,000 employees, thank you so much,” he said. “To our teachers, thank you for grinding and for pushing hard, even in this remote environment. And, to our wonderful students, thank you for putting us on the map. As educators, we are in the dream business. We are entrepreneurs of the human spirit and I commend every superintendent in the great state of Texas for all that you are doing for the children of our great state. I have the utmost respect for all of you.”

He also thanked state school board members and the Texas Education Commissioner Mike Morath for his leadership “in these difficult times.”

“And finally, I dedicate this award to my father (Oscar Gonzalez Sr.) and my mother (Elsa Gonzalez). I hope that I made you proud. Thank you.”

Here is the video link to the announcement by TASB and his acceptance speech: https://www.youtube.com/watch?v=_2NldNT0zfU&feature=youtu.be

Dr. Gonzalez is the first winner from the Rio Grande Valley since 2009 and the sixth RGV superintendent to win the award since it began in 1984.

In June, he earned the Regional Superintendent of the Year award and was later named as one of just five state finalists.

The state selection committee interviewed regional winners August 28-29. They targeted such issues as advocacy, diversity and inclusion, the impact of the pandemic on education, and the board-superintendent relationship. Candidates are chosen for their strong leadership skills, dedication to improving educational quality, ability to build effective employee relations, student performance and commitment to public involvement in education.

Dr. Gonzalez oversees a district that is characterized as a District of Champions, with amazing standings, including state-ranked academic and finance programs, as well as nationally ranked high schools, music program, health and PE program, and more.

Under his wing, the District has enjoyed some major accomplishments on the state and national stage. Some of these include:

He led the transformation in March 2020, to address the COVID-19 pandemic’s impact on his educational community in a way that kept instruction at the forefront, while keeping students and staff safe. Through it all, the district continued providing meals for the community and students did not miss a single day of instruction. This accomplishment was chronicled in the education journal, Texas Lonestar magazine, in its July 2020 issue.

A veteran educator of 25 years, Dr. Gonzalez has served as McAllen ISD’s Superintendent since 2016. In McAllen ISD, he has worked his way up the ladder as a Teacher, Assistant Principal, Principal and Associate Superintendent for Instructional Leadership.

Born in Laredo, Dr. Gonzalez was raised in Hebbronville. He graduated from Texas A&M University—Kingsville with a Bachelor of Science in 1996 and earned a Master of Science in Educational Administration from the University of Texas-Pan American in 1999. Between 2000 and 2003, he earned his Mid-Management Administrator and Superintendent Certifications. His Doctor of Education with an emphasis in Educational Leadership was completed in 2008 through the University of Texas-Pan American.

Dr. Gonzalez is married to Shahroo T. Gonzalez, who is also an educator. They have three children – Joe Douglas (9), Samantha Isabella (8), and Joshua Jay (7).

Since 1984, the Superintendent of the Year (SOTY) award program has honored outstanding administrators for achievement and excellence in public school administration, according to the TASB website. These school leaders exhibit exemplary and visionary leadership toward improving student performance.

McAllen ISD will receive a $5,000 award, which will be presented at the TASA | TASB Convention in Austin. The award program is underwritten by Balfour and sponsored by TASB. The winner also receives a ring from Balfour. The districts of the other four state finalists will each receive $1,000.